The Village:
The village has a surprising number of amenities, all within a few minute’s walk of The Byre, including a swimming pool, a bakery, a butcher, several supermarkets, a Post Office, a bank, three cafes, a Heritage Centre, a library, a wool shop, several playgrounds and some excellent public houses. Within a minutes walk, there is The Scotchel Nature Reserve and some delightful walks up to the Kennet & Avon Canal and Pewsey Wharf. The Pewsey Vale is an area of outstanding beauty and the hills provide many enjoyable walks and bridle paths. There are excellent transport links with buses outside the house, north to Marlborough and south to Salisbury. Trains (4 minutes walk away) go to West Country and 60 minutes into Paddington. 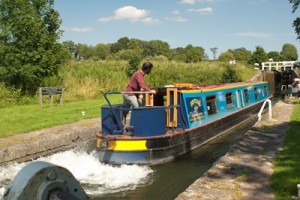 Festivals:
There are numerous local festivals and activities throughout the year, such as the Marlborough Jazz Festival in July and its September Literature Festival, together with the unique Pewsey Carnival, the oldest in Wiltshire which lasts two weeks, also in September. Marlborough College runs a wide variety of courses during its popular Summer School (http://www.mcsummerschool.org.uk/ 10th July – 6th August 2016). There is an excellent ‘Shepherd’s City & Guilds book binding course run locally at Woodborough Garden Centre. 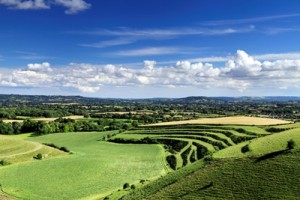 The Pewsey Vale:
The Pewsey Vale is part of the North Wessex Downs Area of Outstanding Natural Beauty and is extremely popular with the outdoor enthusiast. Archaeological digs around the village indicate that there has been a settlement in Pewsey since the 6th century; however it was the opening of the Kennet and Avon canal in 1810, and the railway in 1862 that transformed Pewsey into a bustling community. Pewsey remains a quaint village that retains a charming character. Pewsey is a hotspot for crop circle enthusiasts. The Vale of Pewsey’s history goes back much further with archaeology suggesting settlements from 3000BC. The vale forms part of the North Wessex Downs Area of Outstanding Natural Beauty stretching from East Grafton in the east to Devizes in the west, its life blood is the Kennet & Avon Canal linking attractions such as Wilton Windmill and Crofton Beam Engines, the village of Pewsey with its wharf, and White Horse carvings in the surrounding down land with paragliding, walking, riding, canoeing and barge trips along the way. Visit Pewsey during September and take part in the oldest carnival in Wiltshire. Visit Pewsey during the summer and see ethereal crop circles. Visit Pewsey Vale at all times of the year and enjoy fishing at Manningford Trout Fishery, riding with Pewsey Vale Riding Centre at Stanton St Bernard and canal trips from Pewsey Wharf. Within the Pewsey Vale you’ll find charming thatched cottages, churches dating from Saxon times, and a wide range of places to eat, drink and shop, as well a Heritage Centre in Pewsey. Pewsey has its own White Horse, dating from 1937. The vale is also home to the Alton Barnes White Horse dating from 1812. Walk one of the sections of the White Horse Walks to explore these areas further.